The Making of the 'Welcome to OT' #OTalk Video

As part of my internship with the #OTalk team, I tasked with  creating a 'Welcome to OT' #OTalk video to introduce the freshers chat which is on the 20th October.  Please feel free to have a look and share around if you know any OT students and indeed OTs that would like to be involved in the chat.


The Welcome to OT #OTalk will take place on twitter on Tuesday 20th October between 8pm-9pm (UK time) using the hashtag #OTalk.

The Making of the Video

Taking an idea from my head to paper or in this case a whiteboard was a fun but also skill learning experience for me. I knew what I wanted the video to look like but not really how to create it. Im thankful for youtube tutorials and being able to discuss my plans with some creative friends to work out practicalities. 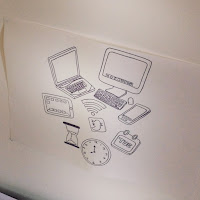 I then spent time drawing out ideas on paper and deciding what the key information would be to decide what could be drawn and what needed to be clarified in writing or audio.

I really wanted a lot of the experiences of individuals that have used #OTalk as a student or new grad to shine through in the video so felt by using the whiteboard drawing style on the rest of the video, it allowed for their experiences to be highlighted.

The planing stage also involved me working out the best way to get those that had used #OTalk involved in the video.


The 'Doing' of the Making

This became more of a challenge as the Scottish summer ended sooner than I would have liked so my natural light disappeared meaning I had to become confutable with my first takes at each whiteboard as there was limited light after work each night. I ended up doing lots of the filming over one weekend with the help of a very patient husband, so the evening filming sessions were the less taxing drawings (lots of prioritising and time allocation to make it work). The environment could be seen as a barrier in this sense limiting my ability to engage in this activity. 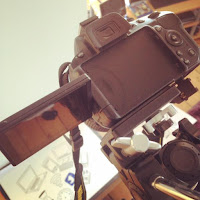 I used twitter and Facebook to recruit some lovely volunteers to film clips and actually found that having a more direct approach with students I had previously chatted to worked much better than the advertising tweets/posts I had shared. I found that the personal touch helped and the interaction helped with their decision to submit a clip or written entry, this direct approach also allowed for the volunteers to ask questions and query points which intern meant their piece could be adapted if need be.

Putting it all together wasn't as time consuming as I had thought it would be when I had all the parts, but I did find getting the transitions to run smoothly took a little work, which hopefully I managed to pull off.


The aim of the video was to introduce #OTalk to students and make them aware of the Welcome to OT #OTalk on 20th October so we wanted it to be distributed as widely as possible.  We used social media as a tool to share the video via Facebook, Twitter and Linkedin, and encouraged students to share with their OT peers and lecturers at university to increase the opportunities to have it shown to a wider audience.  Hopefully it will encourage people to have a go with social media and see if it works for them as CPD activity.