Preparing for #OTalk - Language and Culture


Reflections and Thoughts whilst Preparing to host #OTalk 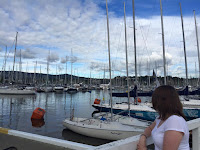 I'm sitting in coffee shop in #Oslo eating cake and prepping to lead an #OTalk on language and culture whilst two of my friends run the Oslo Marathon. It's an idea I have been mulling over for a while as a I have come across more people and experiences that have broadened my outlook on the importance of language and culture on our roles as occupational therapists.

Even as a scottish person studying in England, I have found even the variants in local dialects and culture play a big part in how we interact with each other as human beings. I give you the example of a 'bunker'; What does that word mean to you? To me it's a kitchen worktop... 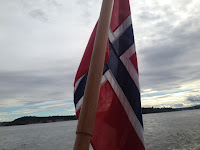 As occupational therapists we work with individuals from lots of different backgrounds and as we as client centred practitioners  take into account the clients culture as we work with them to achieve their goals. But what does that mean for us as we develop our skills and experience?

Im lucky enough to have being able to explore two European cities this summer; Oslo as I write this and also Barcelona a few weeks ago and I love getting to explore the history of the cities and how they have developed in history, It plays a huge part in the people who live there and the culture that makes them who they are (Hopton & Stonily, 2006; Henley & Schott, 1999).

In Barcelona I was struck by the passion of the Catalan people and their desire to have their history and culture recognised through independence; It's a passion I felt in my own city during last years independence referendum and how that effected the occupations people would get involved in. For example it was well noted in the media of the increase in younger adults getting involved in politics by joining political parties or the yes or no camp in the run up to the referendum and this was seen as a cultural shift in Scotland. As we work with people we need to be aware of these cultural impacts on what motivates people.

Whilst preparing for the chat I realised how big the topic of language and culture is and how in a one our tweet chat I wouldn't be able to go into the depth I wanted to, so decided that it would be simpler as an introduction topic that could be explored further in future chats if the community felt they wanted to. An example of this is the impact of working with individuals with communication difficulties due to condition or disease such as autism or stroke were not covered in any depth but this indeed could be used as a future topic which would allow strategies and practical advice to be shared among the OT community.

For the purposes of this 'dip your toes in' chat I am focusing the question around individuals where english isn't their primary language (Since #OTalk is primarily used by english speaking OTs/students) and how that impacts us as practitioners. I decided on this because it is an experience I had some experience with living in a city that hosts an international festival each year so for a few months Edinburgh has individuals from all over the world visiting and many with little or no english. I have experiences the challenges of communicating with visiting individuals in many of my previous roles, both in project work, retail and health care. I have also of course experienced it from the other side to visit visiting none english speaking countries and even having to try and explain painkillers in a pharmacy becomes a challenge never mind needing to navigate the health system when really ill.

My aim of this #OTalk is to consider the impact of culture and language plays on our role as delivering health and social care to our service users and how we can in turn strive to improve what we do. The intro blog post is available here.

This chat is also the first chat I am leading on my own as the #OTalk Student Digital Leader Intern, which feels strange but exciting, I have always had someone else from the team around when I am supporting or co hosting so it is the next step for me to lead the chat and control the @OTalk_ account at the same time.

#OTalk is a twitter discussion using the hash tag - #OTalk, every Tuesday between 8pm-9pm (UK Time). It aims to hold discussion based on occupational therapy and occupational science topics. Please check out their website for more information and how you can use these discussions as part of your CPD.