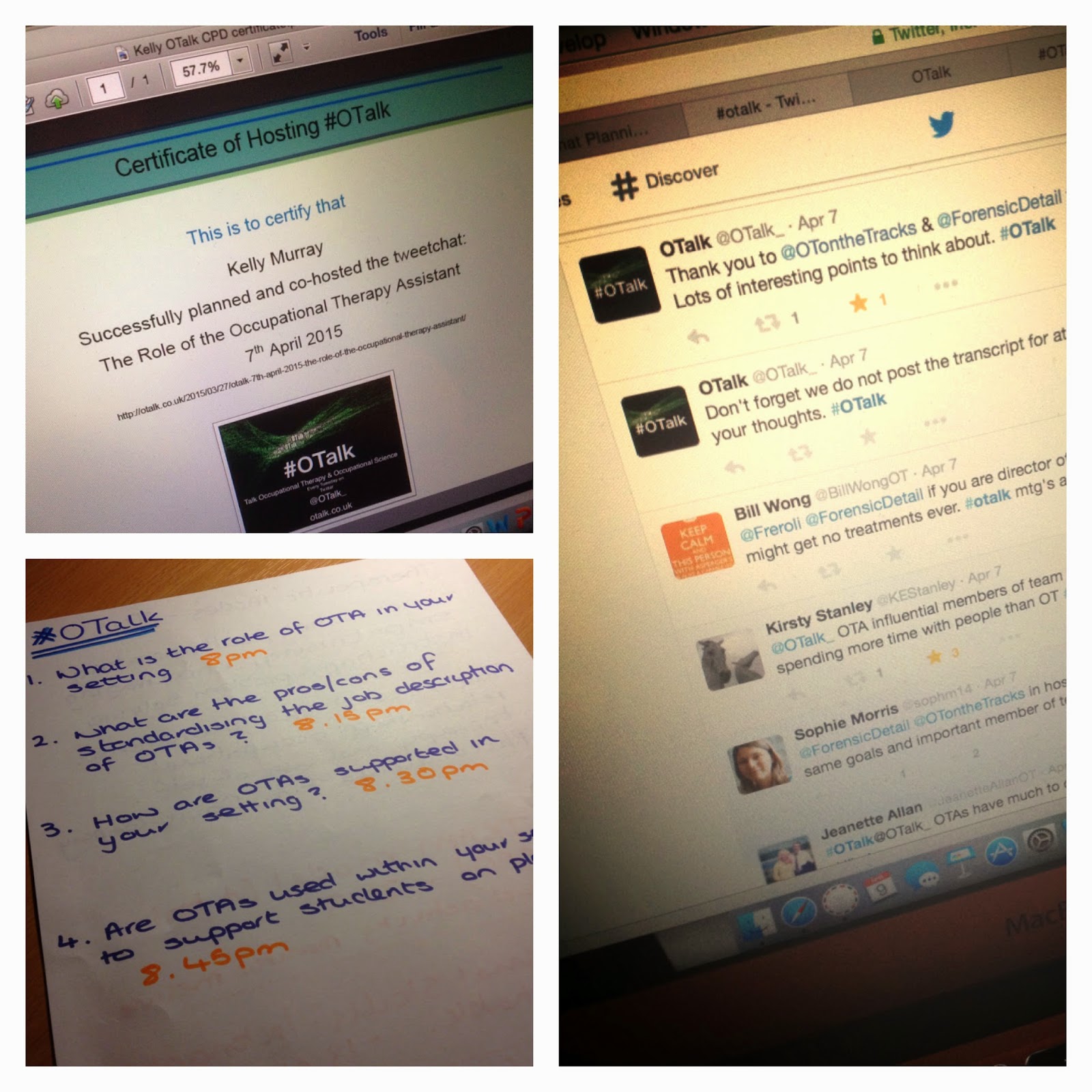 After a busy first day at placement, just as the tiredness hit like a brick wall I began to co-host #OTalk with @ForesicDetail on the Role of the OT Assistant. 39 participates from around the world took part in the hour long (and a little after) to discuss the topic of the role OTAs play in the team in different clinical settings.

I was incredibly thankful to have a co-host in @ForensicDetail and the support of @Helen_OTUK on the #OTalk crew to help the discussion run smoothly. We had agreed that I would keep an eye on the time and post the questions; which became remarkably difficult when I wanted to join in the discussion too, but thankfully managed to keep on top of it!

It was really interesting to hear the views from a range of settings, on the differing role OTAs have and the different duties they undertake; What did come across I feel from the discussion, was that the role of the OTA is valued within the therapy team.

The #OTalk blog post has been updated to include the transcript of the discussion which is worth checking out if you are interested in the topic.

P.s. Do look out for my upcoming blog post on the exciting news of me becoming part of the #OTalk crew as Student Digital Leader Intern.

For more insight into my journey to become an occupational therapist; follow me on twitter: @OTontheTracks
Posted by Kelly at 21:15